A Declaration of Dependence

The 2020 election day is over, but the days (daze) following are so confusing. As everyone talks about it, as believers we need to remember that God’s Word tells us in Romans 13 that God is the one that has established the government (meaning that God is the “grounds” for government), and He has called us to work within the laws established by the government. Solomon wrote in Proverbs 8:15: “By [God] kings reign and rulers decree justice…” So as the votes are tallied, we can rest assured that God is still on His throne and His sovereignty is supreme. We can trust in the LORD.

His Providence is our Provision for His Purposes

Providence is the belief that God is in absolute control. God’s divine guidance and care keeps our universe running. Solomon also wrote in Proverbs 16:33 that “The lot is cast into the lap, but its every decision is from the Lord.” God gives us free will, but He is in control of making everything work according to His purposes and plans. God oversees all things according to His perfect will.

We read in Matthew’s Gospel that Jesus said:

“Are not two sparrows sold for a penny? Yet not one of them will fall to the ground apart from the will of your Father. 30 And even the very hairs of your head are all numbered. 31 So don’t be afraid; you are worth more than many sparrows.” (Matthew 10:29-31)

I love this quote from Clarence Haynes:

“Here is why you can trust God’s plan – because it is the best thing going. If you truly believe that God loves you, then you must believe that he has nothing but the best planned for you. God’s plan for you is not limited to the number of years we live on this earth. God’s divine providence involves you spending your eternity with him, where you see and experience the fullness of God’s presence and the fullness of his joy. This is the destiny that God has prepared for you and he will carefully watch over it until it comes to pass.”

God told the prophet Jeremiah: “’For I know the plans I have for you,’ declares the Lord, ‘plans to prosper you and not to harm you, plans to give you hope and a future” (Jeremiah 29:11). Many years later, Paul echoes this promise when he wrote: “But as the Scriptures say, ‘No one has ever seen, no one has ever heard, no one has ever imagined what God has prepared for those who love him” (1 Corinthians 2:9).

So, in the midst of watching and waiting for the final results of the election and the next move of the United States in history, I want to suggest for every believer to mentally sign A “Declaration of Dependence.” It might read something like this:

We hold these truths to be self-evident, that all men are created equal, that they are endowed by their Creator with certain unalienable Rights, that among these are Life, Liberty and the pursuit of Happiness. — That to secure these rights, Governments are instituted among Men, deriving their just powers from not only the consent of the governed, but by the very Hand of God. So from this day forward, we put our full trust in our Creator God by whom we have been given eternal life, abundant liberty and true blessings and happiness. We will support our government as dedicated Christian believers standing firm on the truth of God’s Holy Word, the Bible. And for the support of this Declaration, with a firm reliance on the protection of Divine Providence of our LORD God, we mutually pledge to each other our Lives, our Fortunes, and our Sacred Honor with total dependence of God, our heavenly Father.

Christian, be encouraged by Paul’s reminder that: “…we know that in all things God works for the good of those who love Him, who have been called according to His purpose” (Romans 8:28). We can and we must continue to put our total trust in the LORD, His plans, and purposes. He’ s got you “Saint”. It is all going be alright. 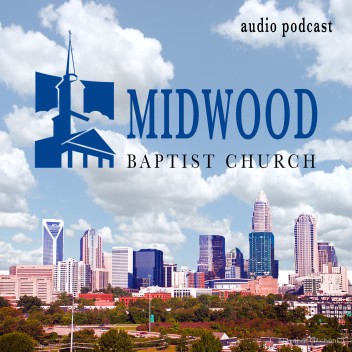 If you would like to listen to the most recent Sunday School Lesson, please click the link below!